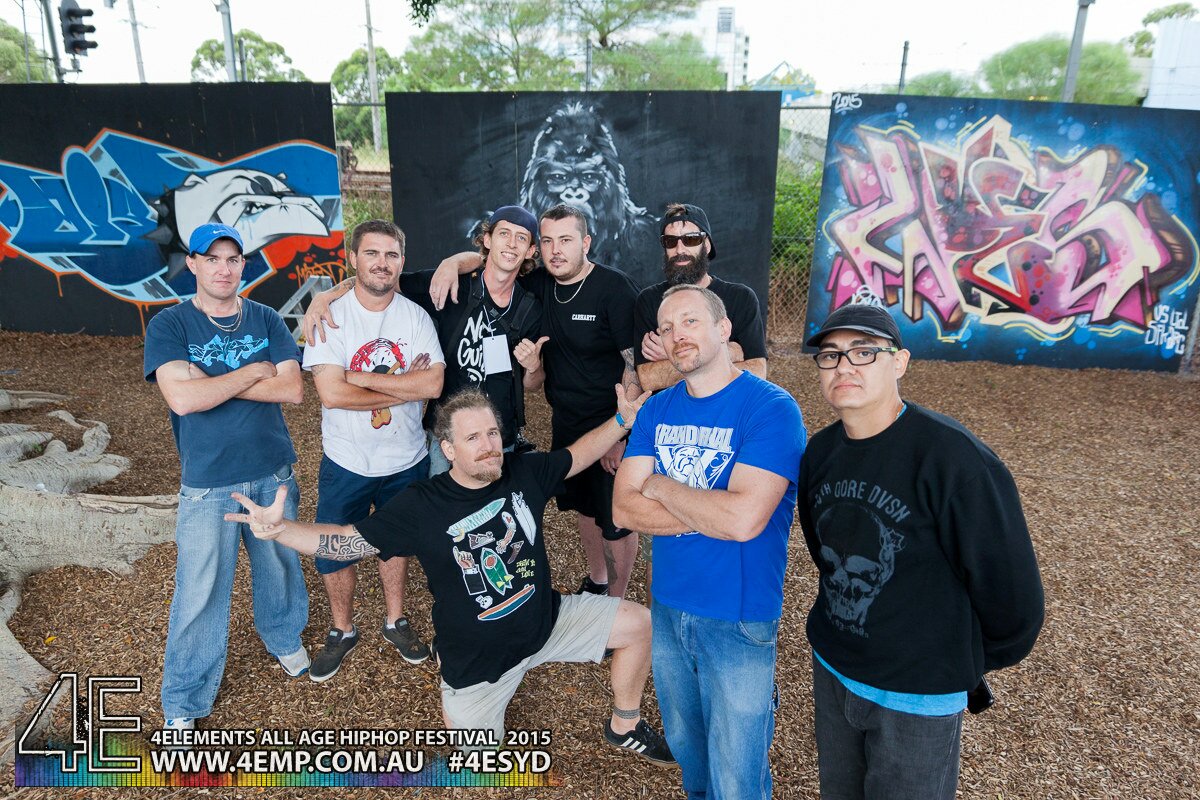 HIP HOP IN THE 'BURBS

HipHop has become a popular platform in Sydney’s western region, although it started on the other side of the globe, youth have gravitated towards the platform for free expression. In the early 80’s, music videos like Malcolm McLaren's track, "Buffalo Gals" were shown on Australian television, leaving an impression on Australian teenagers with the breaker moves and graffiti, encouraging and contributing to the HipHop movement Down Under. Many of the battles and issues, which sparked the HipHop movement in the United States of America, such as racism, violence and disadvantaged communities, are still concerns today and relevant to people within Australia.

The Industry Panels at 4Elements used HipHop as a launch pad to reflect the wider issues facing young Australian’s and examine the topics of racism, ethnicity, multiculturalism, trans-nationalism and the relevance of youth movements. Today, Australia's population of about 23 million is one of the most culturally and linguistically diverse populations in the world. Although, the majority of the population are Australian born, more than 75% of Australians identified with an ancestry other than Australian in the 2011 Census and come from over 200 birthplaces around the globe. Multiculturalism is a continually evolving concept, and staging events such as 4Elements provide a platform, allowing open discussions to exist in order to create awareness and inspire change.

4Elements All Age HipHop Festival was hosted by Vyva Entertainment with the support of Bankstown Youth Development Service and Bankstown City Council at the Bankstown Arts Centre. The event was held on Harmony Day to coincide with the United Nations International Day for the Elimination of Racial Discrimination. 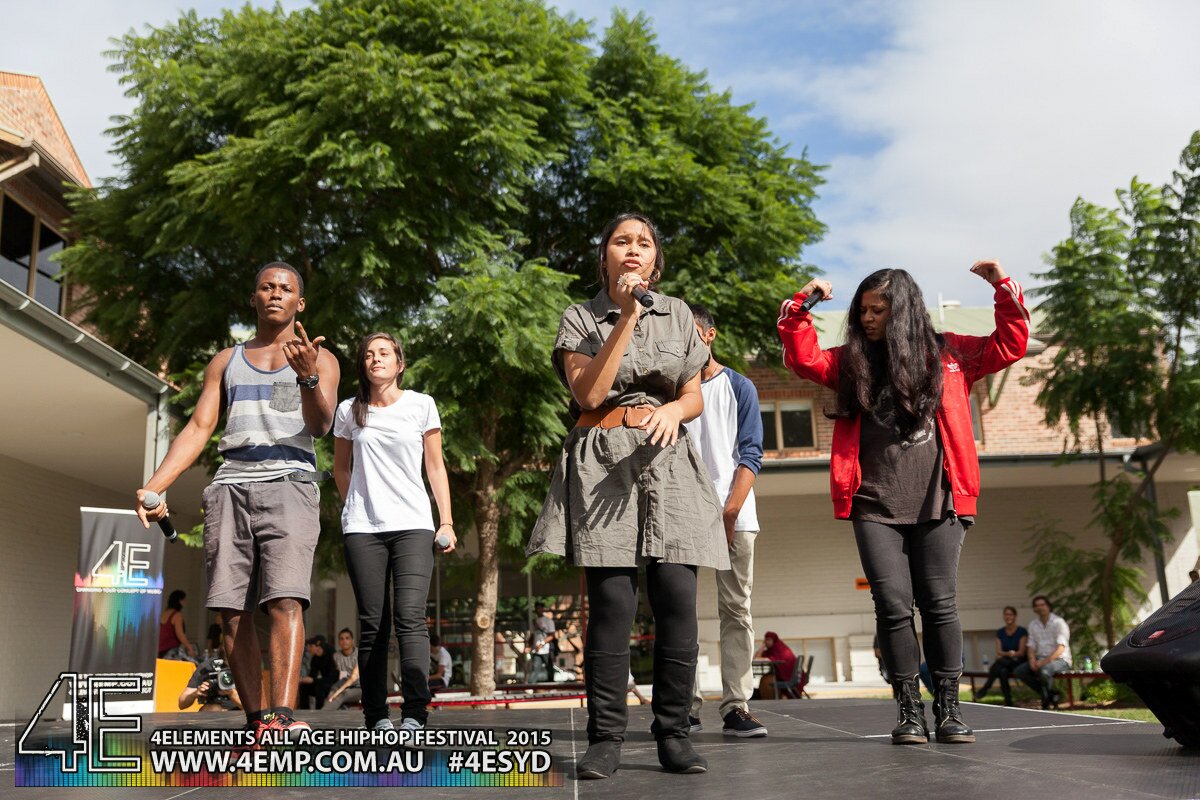