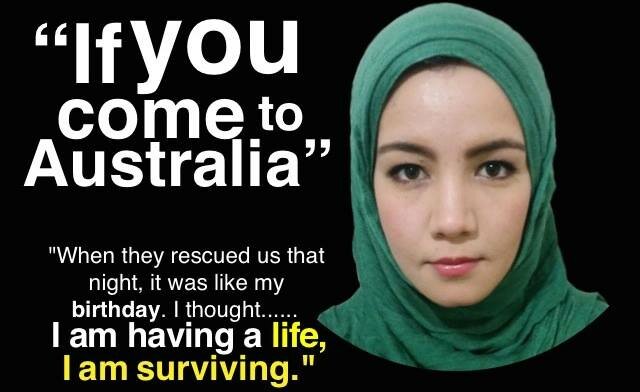 'IF YOU COME TO AUSTRALIA'

It all started when I first joined the cast of “If you come to Australia”, a verbatim theatre production held in July that brought to light the stories of five asylum seekers and their journey to Australia. Our director Katie Green collected the stories by listening to the experiences of the people and recorded them one by one. Due to laws in Australia as well as the trauma of the experience, the asylum seekers were not allowed to read the stories themselves. The story that I was asked to act was the story of Adnan and his family who came from Palestine.

We had a total of five performances throughout the festival. Each night before the performances I would read over my lines and I couldn't stop thinking about what is going to happen to this family afterwards. Through sharing their story every night I felt like I made it my own and it became my responsibility to tell it to the world. The reason I felt this, was in many ways, it was my own story. I too fled a war torn country when I was very young and came to this country to seek asylum. 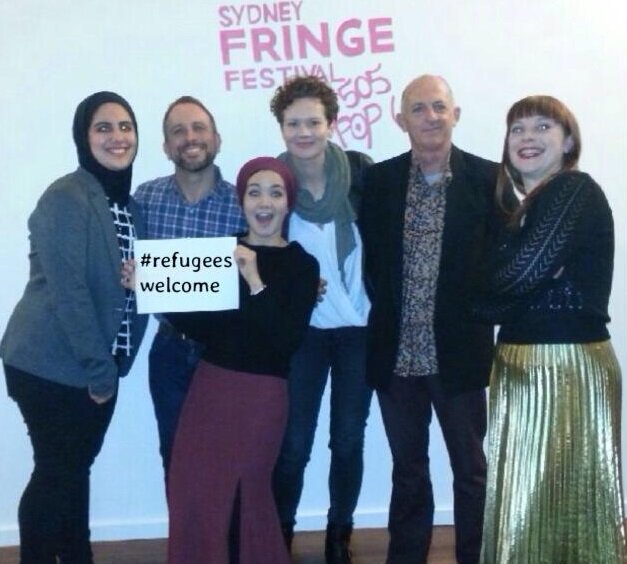 I was born in Afghanistan in 1993, and when I was two years old, my family and I were forced to flee. My parents, especially my dad, did not want us to stay in Afghanistan as it became very dangerous so he decided that he would go to Europe to seek asylum.

Adnan’s family had a very similar story of how they fled Palestine and lived in Iraq but they were unable to stay there as it became too dangerous for them. They decided to come to Australia by boat. As I read my lines about Adnan’s family to the audience, I kept reflecting back on my parent’s journey to Europe. It took us five years before we were allowed to work in Germany and where we resided for ten years before coming to Australia. The reason we moved to Australia was because my mother wanted to live closer to her side of the family. Adnan’s family had the same issues as so many of us. They are still not allowed to work or study. As I would perform this part, I would become very emotional as it reminded me of my parents who were not allowed to work or do anything other than stay at home and wait for their passports to be finally approved. It is the worst to be on a bridging visa as there are no such things as rights in terms of access to education or to work at all. Every night of the performance at the Sydney fringe festival I felt like I was getting more emotional as the words of the story started to become my words. 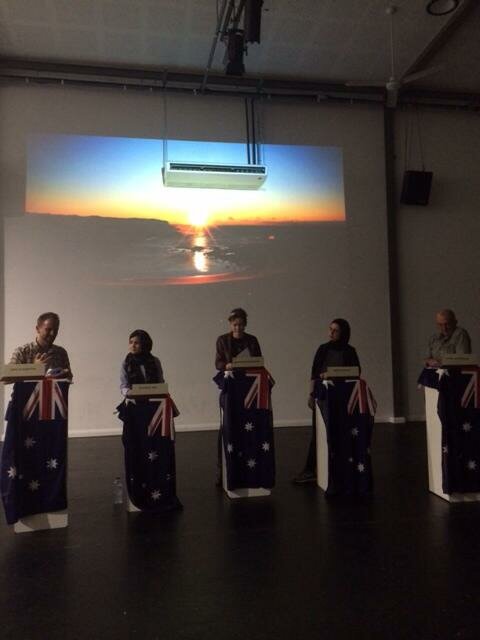 Nothing can describe how this experience affected me when I met the actual family. On the second last night of our performance at the festival, the director told me the family was coming to see the performance. At first I was nervous as I was scared that I would forget my lines and mess up my performance. I wanted to do justice to their story and I gave it all my best. As I started to do my performance, I saw a women sitting in the back row with a veil and a man and two children next to her. I had never before seen Adnan and his family so I was not sure how they would look like but I had this strong feeling inside of me that this was them. While standing on stage I could see how much the woman became affected as they were by seeing their story come to life on stage. She looked very sad and she reminded me of my mother who had the same expression in Germany.

Tamana Mirzada is a recent communications graduate from Macquarie University. She is passionate about storytelling and writing. She is interested in social cohesion issues with a strong emphasis on human rights.