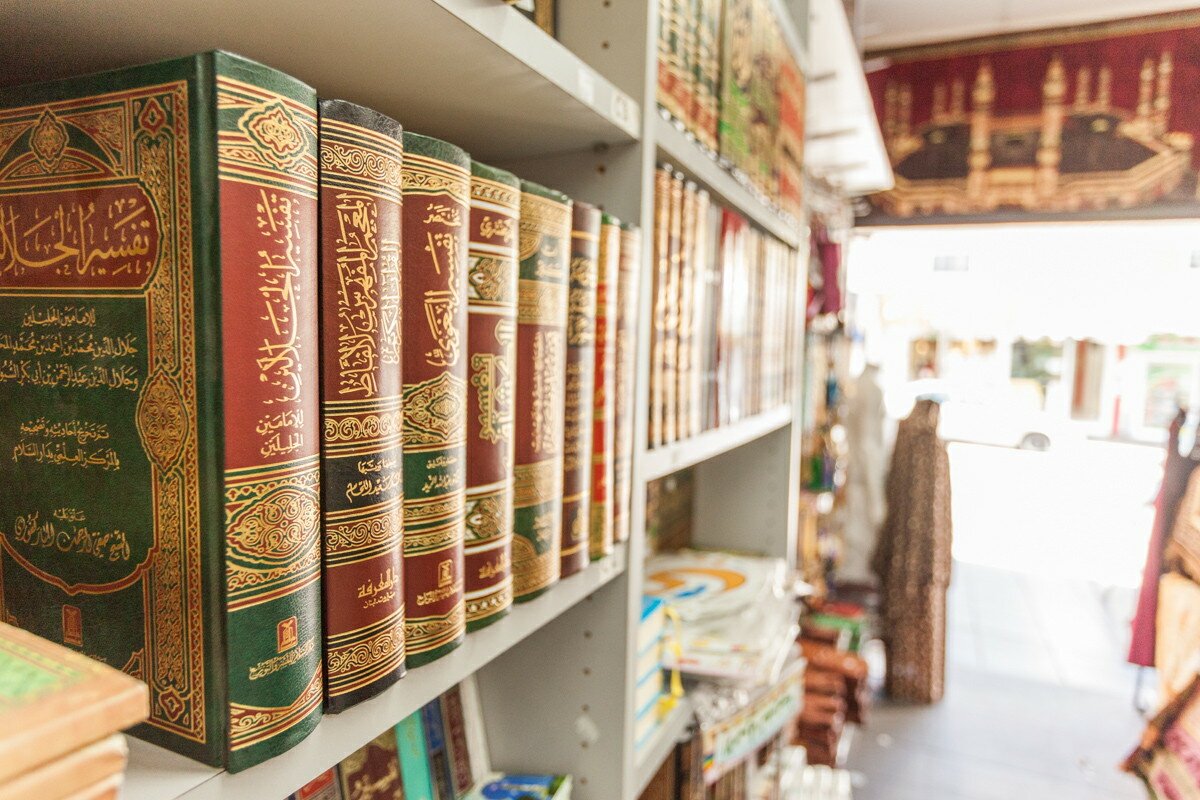 SYDNEY'S 'MUSLIM LAND'
SPEAKS FOR ITSELF

Recently, controversial journalist began his article in the Daily Telegraph ‘Last Drinks in Lakemba: Tim Blair takes a look inside Sydney’s Muslim Land’ with a lamentation of the demise of "the last Anglo holdout in Sydney’s otherwise Middle-Eastern south-western suburb," suggesting drinking business was struggling due to the Islamification of the suburb. A suburb where he alleges it is difficult to find a word of English let alone a symbolic copy of Gideon’s Bible.

A photographer and I decided to retrace Blair’ steps and discovered not only has the suburb of Lakemba been subject to Blair’s falsehoods, but the staff and the Hotel have also been acutely misrepresented to serve the Telegraph’s own agenda.

Blair claimed, “Australia may be multicultural, but Haldon St is a monoculture…similar to what you’d find in any Arabic city.” A quick walk down Haldon Street reveals a Uniting Church, Buddhist Centre, Asian grocery stories and Thai restaurants. According to the 2011 census data on languages spoken at home in the State Suburb of Lakemba, languages categorised as Indo-Aryan, in particular Bengali and Urdu. 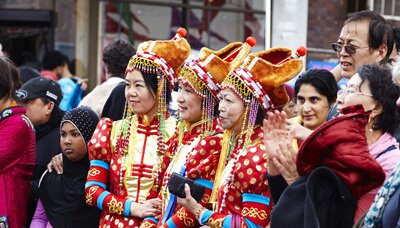 Muslims are not a homogenous group, or typically Arab as often represented in the media. The 2010 Pew Research Forum statistics indicated the most populous Muslim country in the world is actually our neighbour, Indonesia, and 62.1% of Muslims live in the Asia-Pacific region.

A young Muslim man from a bookstore in Lakemba told us his reaction to the article. “People always lump all Muslims together – but even calling Muslims a monoculture makes no sense. Here people come from Bangladesh, India, Afghanistan, Lebanon and Indonesia. I am from Azerbaijan, which is technically Eastern Europe, but no one will treat me that way because they just see the beard.”

The article tenuously ties his brief visit to an Islamic bookstore to a discussion of the ‘seething young Muslims’ forming their plans for the Islamic riots in 2012. When we tried to speak with owners of the Islamic Bookstore, they told us they didn’t see the point, as each time they have tried to set the story straight with the media it backfires, and they refused further comment. “This is how it always happens. It’s how they sell their paper or show. We have become used to it,” said the young bookstore worker. 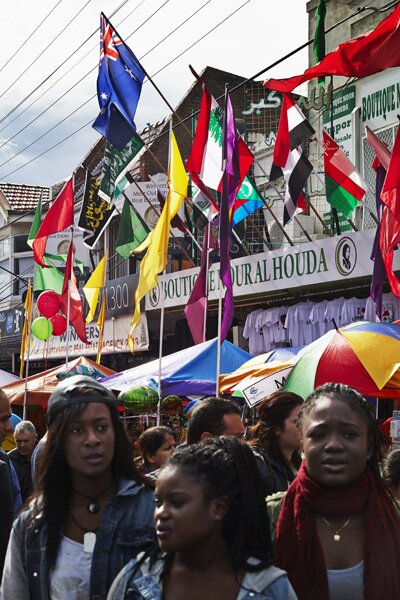 Of course, the purpose of a piece like Blair’s is not really to show its readership through the streets of Lakemba. Its aim is to inflame the masses, to maintain a status-quo of fear and play on the ‘otherness’ by using easy, well-worn tactics, which all serve to maintain their readership. Blair draws from pre-existing religious divisions and stokes the flames by selectively choosing passages from Islamic texts that are anti-Semitic and derogatory. In a secular, supposedly multicultural society, this is an example of journalism that at best is ignorant, at worst manipulative.

But this is also not a story about a pub pining for the days of White Australia as the article leads us to believe. For one it is a pub that views itself firmly entrenched as part of a culturally diverse community. Rina Bourke, is half-Fijian and half-Samoan has managed the pub for the past twenty years and married to the licensee, is highly aware of their position at the heart of a multicultural suburb. Her sister also works at the bar and is married to a Muslim man.

“He never mentioned he was doing a story and definitely never told us it would be about the Hotel or that our conversations would be part of his piece. If he had told us his true intentions – and how he rubbished us and our community in Lakemba – we would have asked him to leave,” said the Bar Manager Rina.

“This is a multicultural pub for everyone,” says Rina. “In fact, a big part of our clientele is Muslim, but we didn’t want to say that out of respect to their values. There are different sects which all have different views on drinking – you can’t just lump them into one. We just treat people how we want to be treated.”

“The day this article hit and we saw what had been said we went straight to the Islamic leaders at the mosque to say our words had been distorted. And they got it. It is so sad because it happens so much to them that they understood straight away. He doesn’t have to live here. He can’t come in, say these false things, stir the pot, and then go back to Surry Hills. We live here and deal with the fallout of his ignorance. This is our community.”

Poppy, the staffer who was named in the article said, “I feel used. In the same way he took parts of the Islamic verse and wrote them without their surrounding context, he took my words and made them sound awful. He made us and the pub sound racist.“

“He just told us he needed a place to stay as he had come from Surry Hills and wanted to stay two nights. Already we all thought that was a bit strange he wanted to book a hotel - Surry Hills is only a thirty-minute train ride away, it’s not another city. He said he just wanted to see the place. As I showed him his room he asked a lot about some riots after Ramadan – so we thought maybe he was doing some story on that. But the thing is, no one really knew what he was talking about.”

The riot story he was apparently after seemed non-existent in the mind of the community. He didn’t speak with any Muslims in ‘Muslim Land’, or if he did, they didn’t fit his agenda. So, he turned his attentions to the pub.

Poppy told us that he hardly left his room during his stay. “He went out for a brief wander and he came back looking very troubled. He asked us if we’d been across the road to the Islamic Bookstore. He said they had all kinds of filth in there. But we have no reason to go in there so we just shook our heads. Then after all that he only ended up staying one night.”

Of course, not everyone is happy with the increasing multiculturalism. Even talking with the clientele at the pub reveals mixed feelings. “The place is changing, people are coming from everywhere” grumbles a man having a beer. The truth is many are – and will always be - fearful of change. We can neither pretend that a place like Lakemba has no real struggles or problems, nor can we reduce it to some sensationalist overview as a breeding ground’ or a ‘monoculture’.

Interestingly, there is another threat to the multicultural harmony of the community Lakemba that the article failed to mention. A walk down Haldon Street, much like the one Blair did, reveals posters scrawled with the acronym ADL, which stands for the Australian Defence League. The Australian Defence League, are a registered not-for-profit organisation which incites its followers to violence and in recent months has been escalating a directed hate campaign against Australian Muslims.

This group came into The Lakemba Hotel a week or so before Blair did, trying to stir up trouble. A staffer told us, “They want to do things like petition for a hotdog stand outside the mosque and such. We kicked them out and told them they weren’t welcome here. But one of the things they said as they were leaving was that they were the ‘last Anglo holdout’. It was the exact same words we saw by Blair in the Telegraph headline the next week—and it made me shiver.”