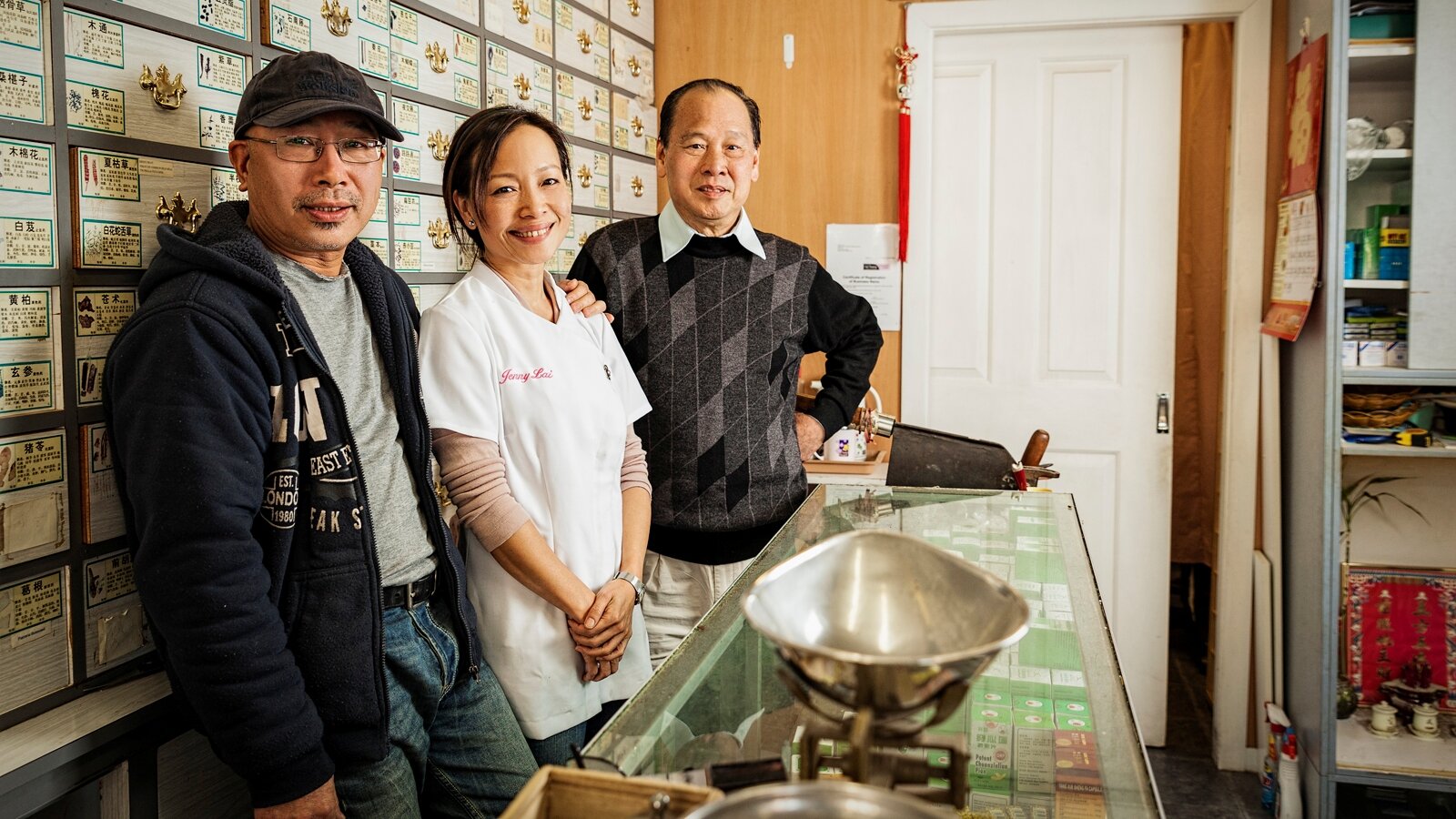 Neighbours is a collection of photographic portraits and stories of local shopkeepers and people working in the neighbourhood of Bankstown Arts Centre. The precinct is a vibrant and cosmopolitan area, where people from many culturally diverse backgrounds live and work. These are some of their stories. People have come to settle in Bankstown from many different countries – as migrants, refugees or have been here for generations. These stories highlight the importance of social interactions between people and cultures and the networks they build over time, that celebrate the positive changes that have happened in our community. They celebrate the spirit of community and belonging. These are people who actively contribute to the lifeblood of Bankstown 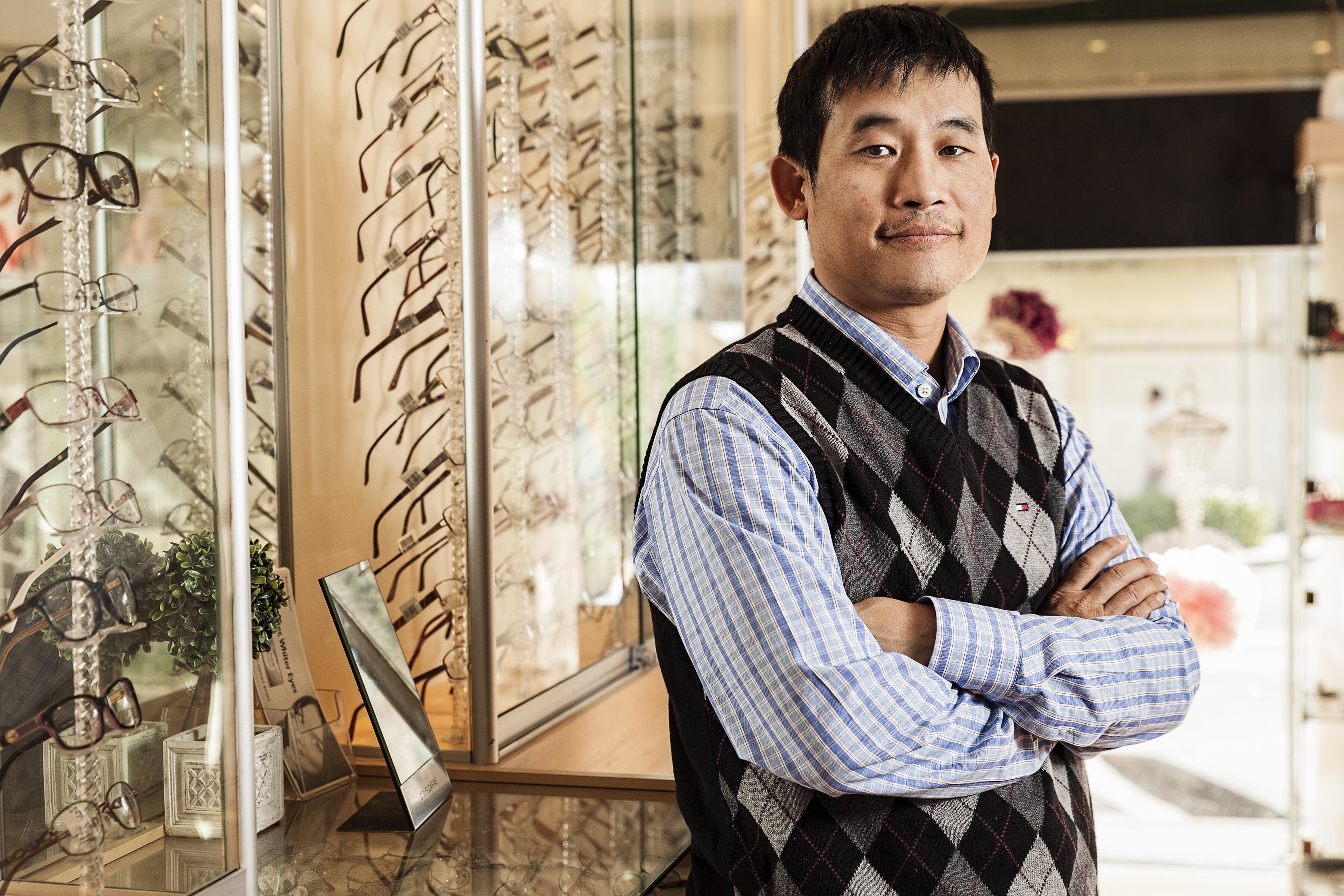 “I’ve seen a lot of changes over 22 years here, waves of gangs, though it has improved with lively shopping districts, and is much better than what it was in the 90’s. I know most of the shop owners around and we rely on each other for survival so we have to work together.”

Duc set up his optometrist business in Bankstown back in 1992 when there was only one other optometrist in the area. At the time he was living in housing commission in Macquarie Fields and it was really hard to set up a new business starting from nothing but it is now a growing success. 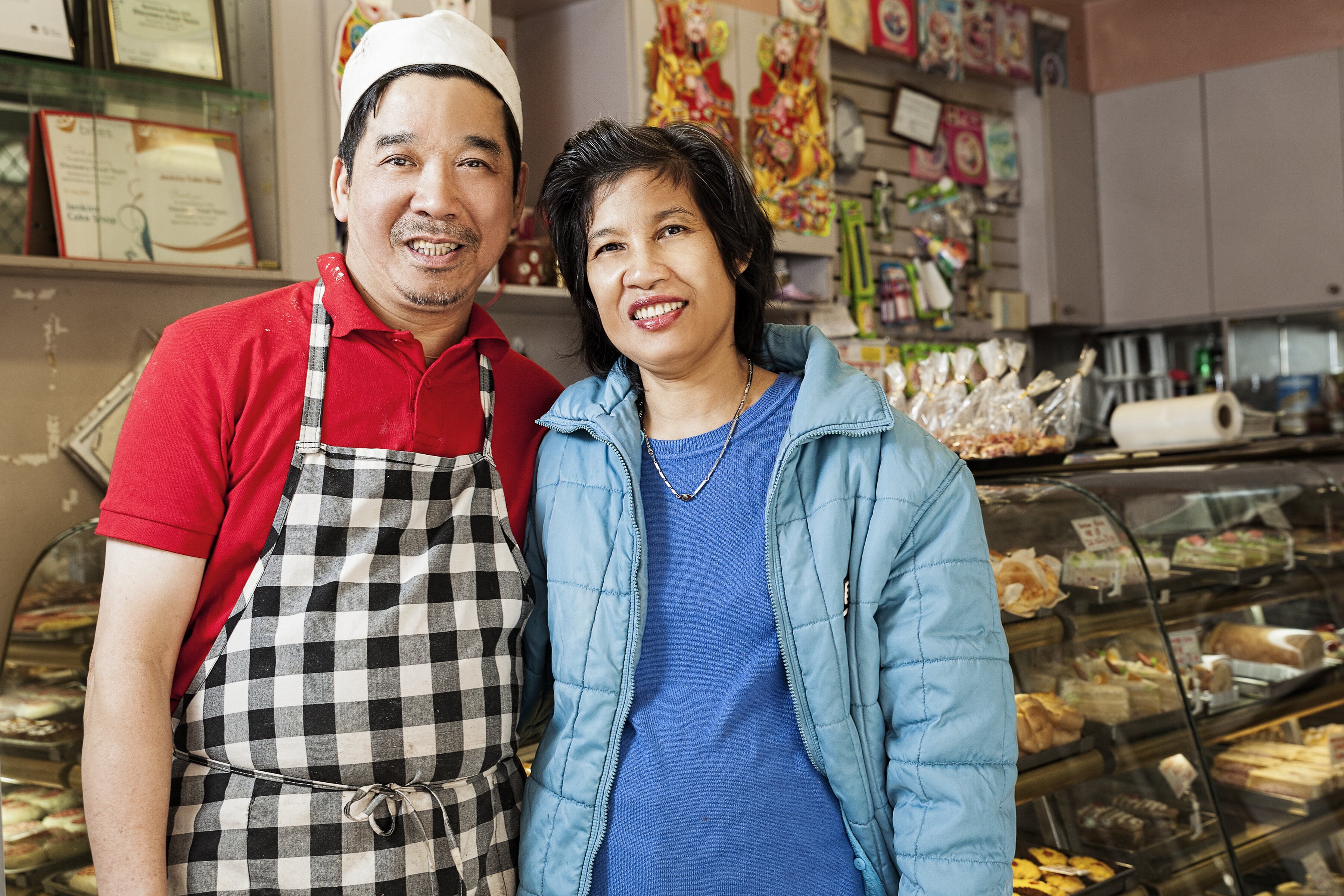 “In Vietnam, like any communist country, life was quite difficult for everyone. There were limited opportunities and even if you worked hard there was no guarantee of a prosperous future. But in Australia we believe that if you worked hard enough you could achieve anything.”

Phat arrived in Australia as a refugee from South Vietnam in 1978. Phat has been baking delicious cakes and Vietnamese sweets, and running the family business in Bankstown since 1986. The bakery has the same warmth and welcome as Phat’s smile. As well as being treated to delicious sweets you will be sure to hear a joke and have a laugh. 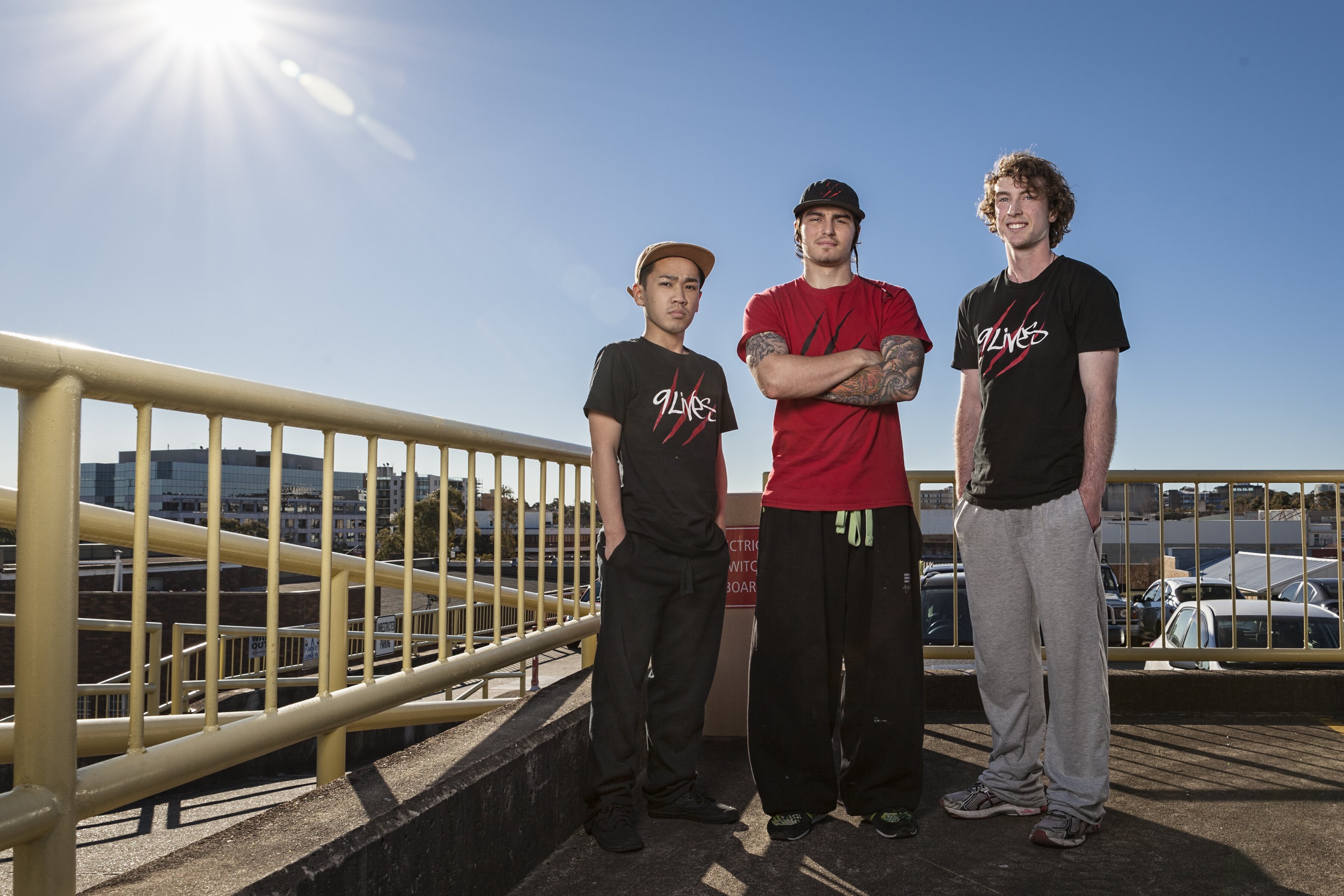 Founded in 2004, Team 9Lives is an organisation devoted to Parkour. Their approach to classes and training combines not only a physical conditioning, but also mental and spiritual components to train their inner selves. Justin, Liam and Kevin are all local parkour practitioners and practise around the Bankstown CBD. 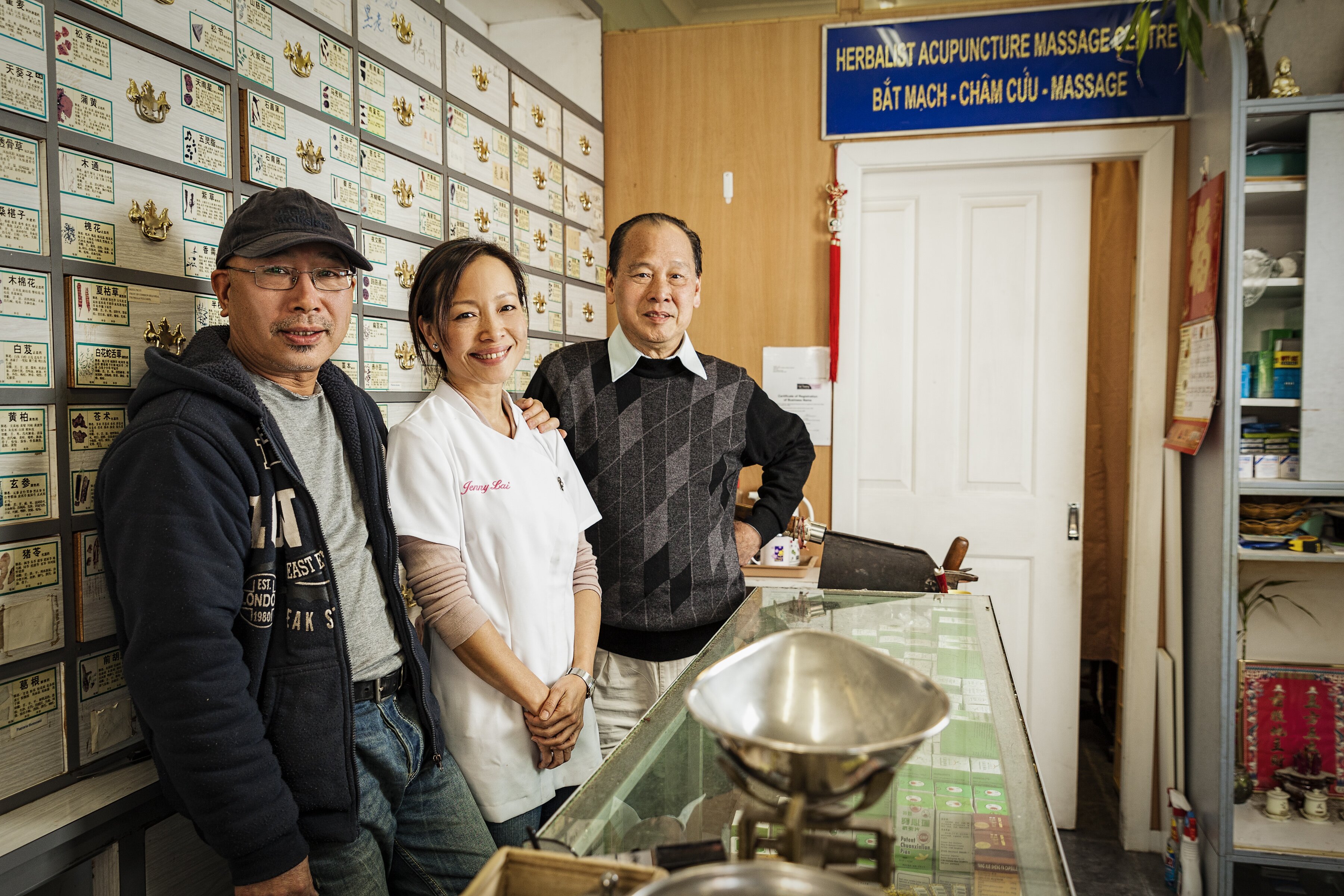 “First thing in the morning when you open the shop the rich smell comes out on the street.”

Kim Lien Ly and Danny Lai arrived in Bankstown from Ho Chin Minh city in 1977 and set up this Chinese herbalist shop in 1985. His family are Chinese Vietnamese and practised traditional medicine in Vietnam and he wanted to continue this tradition in Australia. The shop is calm and peaceful with a rich aroma of herbs and plants: Goji berries, lotus root, ginseng to name a few. There are over 400 different types of raw herbs, herbal granules, tablets and pills; and a colourful selection of beautiful Chinese tea extending from green tea, oolong tea to pearl jasmine. 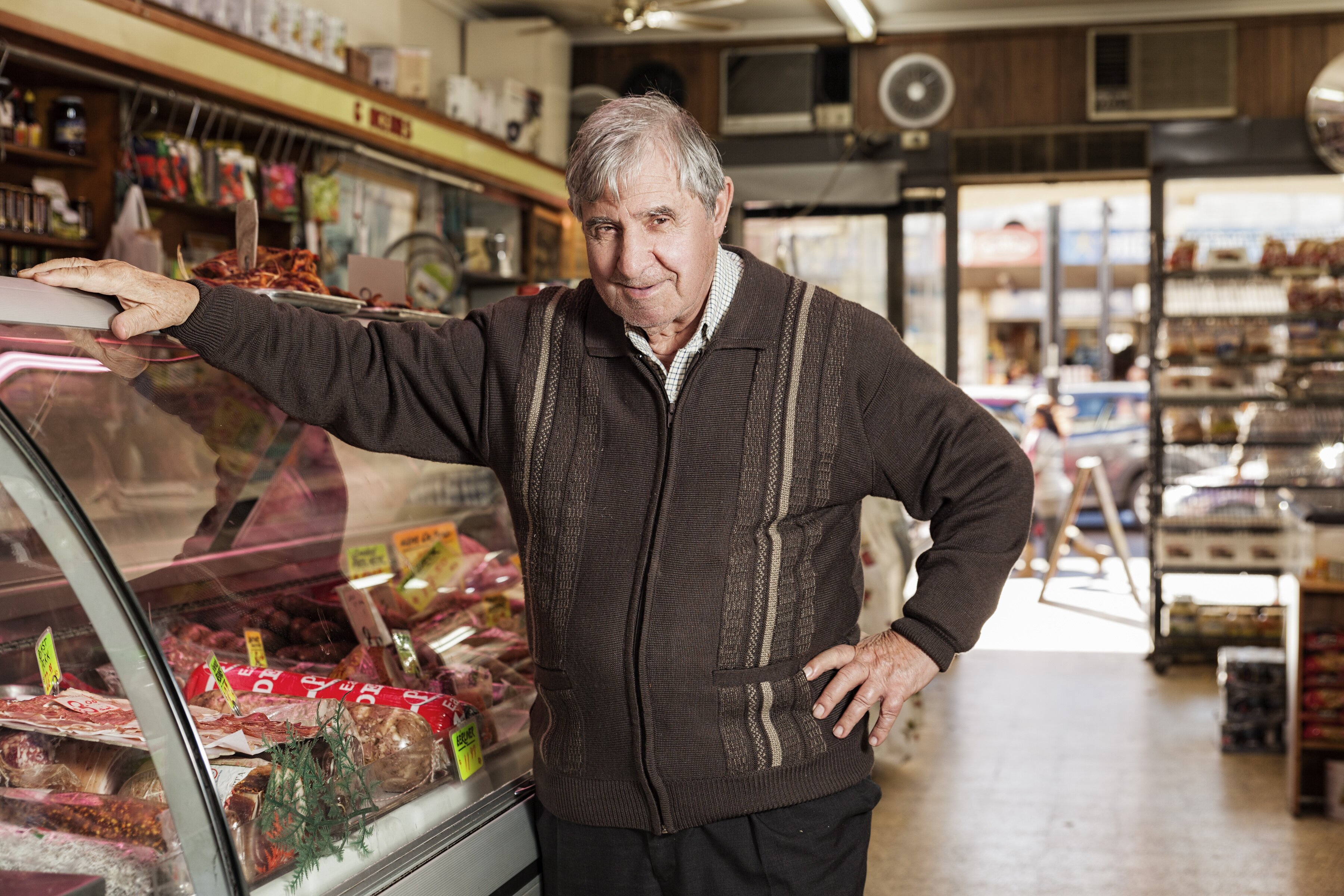 As one devoted customer said, “The olives here are off the hook, easily the best in the west.” Peter came from a family of butchers on a small Greek island. The deli was established in 1956 and named Olympic Deli after the Olympic Games that happened in Melbourne that year. Peter describes Bankstown then as a bustling shopping centre with a strong European influence, Italian, Polish, German, Greek, Yugoslav.

Affectionately known by the community as ‘Uncle Sam’, Samuel runs a photography and print shop. Since 1985 he has been running a bustling business in Bankstown. Samuel migrated with his family from Sri Lanka. After finishing year 12 he became a sales representative for a surgical instruments company. Having a passion for photography he decided to change tack and started a photographic apprenticeship in King Cross. You can see the faces of his most loyal customers on his ‘beauty board’ plastered to the wall of his shop, showing his customers faces caricatured in photographic print.

“I hear a lot of stories…I love the stories, I love my job... I enjoy the people too much and I don’t think I could find this anywhere else.”

“I was walking through the plaza and I saw the shop I now own and I just thought I’d love to own that. I quit my job three weeks later and I was lying on the couch and I thought I’m going to go back there and talk to the owner and he said it was for sale. Now I am here 9 years later!”