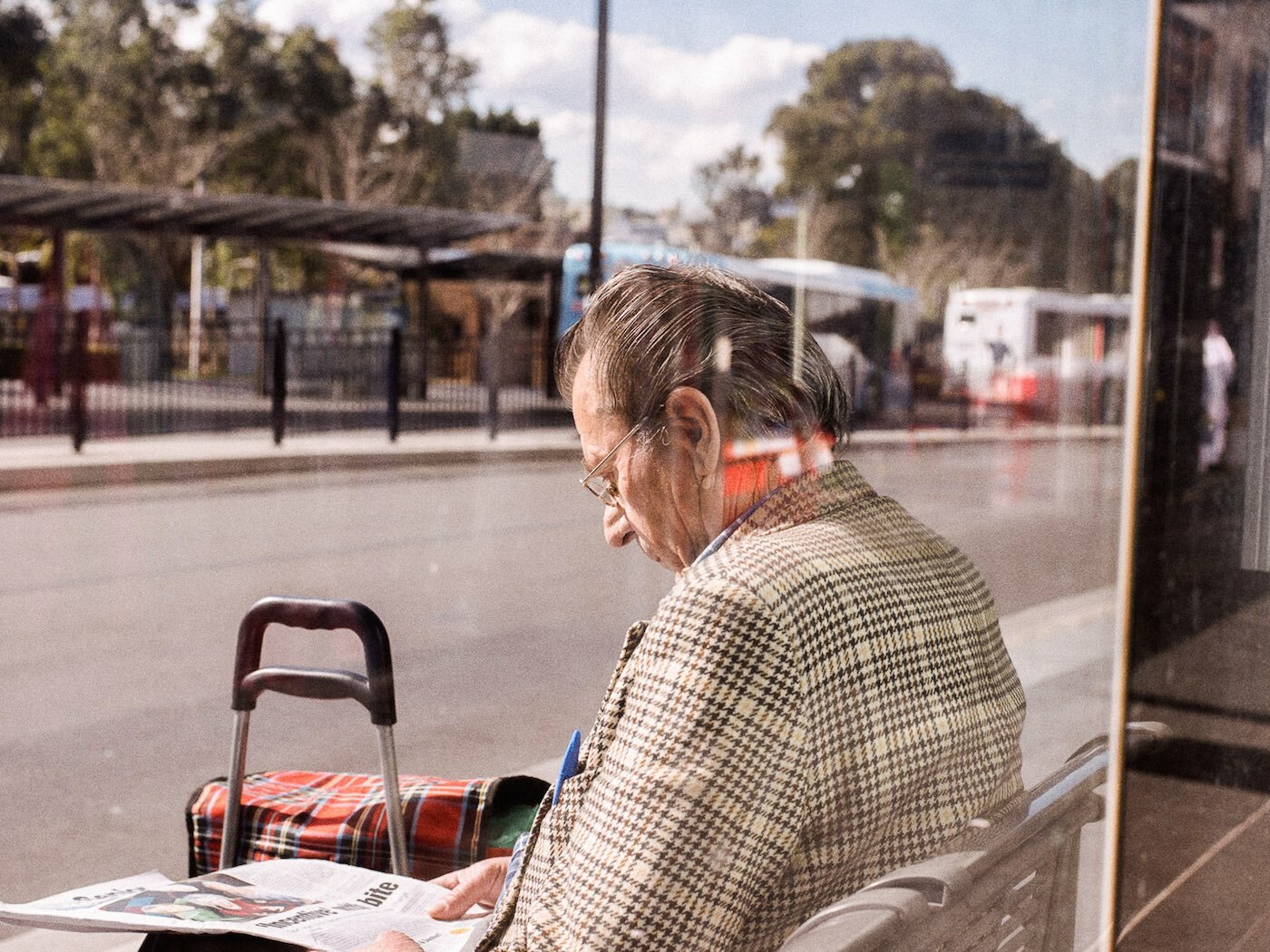 The fight started outside Liverpool Plaza, where Serbian men gather to play chess on the oversized board painted in by the local council with pieces reaching up waist high. Overnight, Kosovo had moved closer to statehood. One onlooker suggested a move whose ramifications had already been rejected by the player. He weaved through the pawns to the edge of the board, formed a triangle with his hands, placed it carefully over his crotch, and flung his hips at the other man as though directing an arrow through his heart. Pitchkati Materin. A rook was flung over a shoulder like a baseball bat. Someone shouted “Policia!”

Vlado turned around and merged with the shoppers along Macquarie Street, disappointed that his morning observing a few games of chess had been spoiled. All his life he had never asked for much yet even modest dreams appeared unattainable. He passed the mild greens and yellows of the blunt, unbreakable plastic playground and the children, alive with rage, trying to tear it down. Then the red ducks drenched in sauces he couldn’t guess the origin of, their headless bodies hanging upside down as he walked by. He stopped at the massive Ex-Servicemen’s club where the smokers outside were deep in their thoughts about what was wrong with the world. Fucking clubs and shopping centres, he mused as he checked his messages. They are the churches in this country. He was startled by his name being called.

It was Marco leaving the medical centre, his arm hanging uselessly by his side. Vlado repeated his musings about clubs and shopping centres to Marco, expecting tacit agreement, even recognition, but Marco was in no mood.

“Bullshit, Australia is the best country in the world,” he began and wasted three matches lighting a cigarette. “For my left shoulder the company paid ninety thousand. This right one must be worth something. Look at this club, hundreds of people every day feeding all they have into the slots—where does it all go?” He didn’t expect an answer. “There’s money here... there must be a way to grab a handful for me. I need to set up my children’s future before I go 'boom'. This aneurism is a time bomb,” he said tapping his forehead a little too forcefully. “I could spill a drink and trip over, or wait for the rain then slide down the stairs. Though it doesn’t rain no more here, bloody country. There must be a way for this useless body of mine to make some money, if I just use my head. Fucking cameras though.”

As the bus arrived, Vlado patted his old friend on his paralysed arm and reached into his pocket for the change. He placed his plastic bags on the seat beside him and continued to grip them. A breeze blew in from an open window as the late morning sun fell upon his face, he closed his eyes and soon he was back on his verandah in Belgrade with his Bosnian neighbour Ahmed, a glass of rakija and cabbage drenched in vinegar on the table. They smoked their cigarettes in sync.

It has been a wonderful summer for mushrooms, they agreed. “Doctors, solicitors, everyone has been up in the mountains looking for mushrooms,” Vlado commented.

“Why would you waste your time at work?” Ahmed added. “They’re getting 3 euros a kilo.”

“If this keeps up,” Vlado continued, “We’ll never have to go to Australia.”

“Just look out for the snakes,” Ahmed replied. “Last week I bent down to collect a huge mushroom when I found a snake coiled around the stem.”

“…stralia,” mumbled Vlado then got up from the seat.

“Sorry,” he said to the driver and wiped a hand across his face.

The bus stop was directly outside his apartment. Vlado climbed the steps slowly and swore as he passed the smell of Asian cooking. The apartment was empty, though the satellite TV channel was streaming direct from Belgrade. A heavily made-up Serbian singer was being interviewed in a studio. Vlado poured a glass of water and listened to the singer speak about achieving artistic balance. Fortunately, he failed to recollect the appearance of the snake in the dream, which would have been a bad omen. He opened the curtains and it all came in. “Ah, Australia,” he mumbled to himself. “How many of us come here just to survive?”