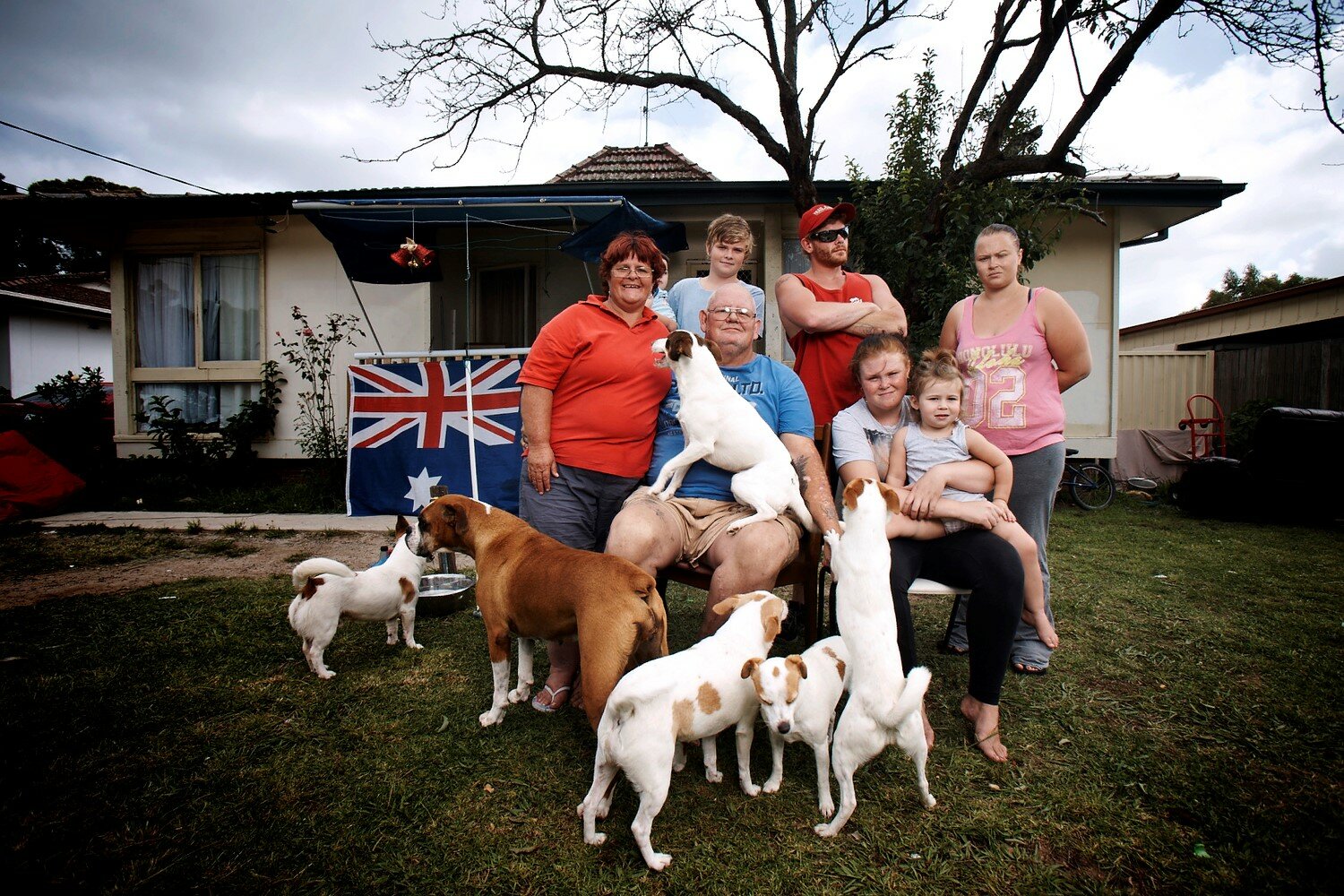 This story first appeared on Crikey on May 7 2015.

There is always someone claiming to speak on behalf of disenfranchised and minority groups. In SBS’ ‘Struggle Street’, which aired 8.30pm last night that role was assumed by the somewhat condescending voice-over explaining, “That’s how some folks do it, in the Druitt.” The episode itself did not come anywhere near the much hyped speculation of ‘poverty porn.’ The episode afforded compassion and sympathy to the lives beyond what anyone was expecting after the critical lead up, to the point where the pendulum has swung the other way as commentators discuss just how much humanity the show captured. Yet, while claiming to extricate the west from the stereotypes of the nightly news crime reports, these programs are still hungry to seek out the gore and package it up for middle-class Australia. This, perhaps unintentionally, maintains a power dynamic of the west as the ‘other’ and the heavy script stood in the way of an opportunity to hear more from the real voices and their unique perspectives.

The episode afforded us a look at social inequality and some of the issues facing regions like Mount Druitt such as unemployment, substance abuse, isolation, teen pregnancy and suicide. We are introduced to Ashley, a disability pensioner who was a truck driver before head injuries have rendered him dependent on his partner-come-carer Peta. The narrator tells us ‘behind the banter’ lie painful truths. He is the patriarch and sole provider for seven out of his ten children, including Corey who has an ice addiction. He is asked about his biggest fear, and as the camera zooms in, he tells us with fierce love, “finding a pin in Corey’s arm.” As we watch his entrepreneurial spirit, collecting trash to sell to the scrappers, or honing his barber skills on mate ‘Tony the Wog’, the voice over intones it is, “two steps forward, three steps back.”

There’s Bailee, sixteen and was kicked out of home at thirteen after a violent fight with her stepfather. Her life on the streets has devastated her, fighting sexual abuse and depression. The house she lives in is filled with excrement and trash and she is scared for her safety. Another one of the characters Erin, a single teen mum, who wants to be a youth worker, has kindly taken Bailee into her care. From here, Bailee “wants to turn her life around.”

William, an indigenous man, lives on the fringes hiding from authorities, hunting birds and stuffing them with Italian herbs, which is “better than buying a fucking chook.” He hasn’t seen his son in years and struggles keeping up to date with Centrelink demands. Living hidden in the bush, he feels he would have been a better person before, when his people could live off the land as warriors.

The episode highlighted the real need for support structures that exists in our welfare state. It showed the importance of family and community when ‘the going gets tough’ and gave a portrayal of warmth and hope. It’s a dizzying and confronting image for much of Australia that doesn’t identify or know about Sydney’s western suburbs. Interest in the western suburbs has been growing ever since it became a crucial contested electoral region in the 2013 election framed as ‘the political heartland'. This has provided an opportunity to hear from other, marginalised perspectives. Although we pride ourselves in multiculturalism and equality, the reality is that we live in a segregated city where race and class live in pockets, hovering on the verge of ghettos. There is growing recognition that we only engage with places like Mount Druitt, with welfare dependence, public housing and high unemployment, in abstract national debates during election time or nightly news crime reports.

But what is also emerging, as a wider trend is an almost ‘fetishization’ of the western suburbs of Sydney. The west is treated almost like a war-zone to fly in and out of, as reporters and politicians dive in to get their stories and leave. While the program was not nearly as detrimental as the trailer (Hyperlink) suggested , it still raised interesting ethical debates around community voices and what happens when media claims to speak on behalf of the 'disenfranchised'. It is not the first time SBS has been in line of fire for lack of community consultation. In 2013, the series Once Upon A Time in Punchbowl had to be pulled after it was found a main character, Michael LaHoud, had exaggerated his own notoriety and was believed at face value. With an expectation of drugs, crimes and violence the producers at times seemed titillated by these stereotypes for the audiences rather than gather facts and a chance to explore the in-between complex spaces.

Whether the episode of Struggle Street absolved our own prejudices or not, the fact remains some of the people from the community filmed were deeply upset by the portrayal of personhood and place. Jon Owen, one of the characters told Guardian, “This was the media group that was supposed to do it differently. This is not A Current Affair, this is not populist Murdoch media. This is supposed to be our friend, SBS, but they have betrayed us. Whose agenda does this suit? It’s not the local community’s agenda.""

The media of course does not owe it to any group to represent their agenda. But as media moves further into reality/documentary spaces and interest in the western suburbs, the repercussions of a ‘fly in fly out’ mentality can have within fraught communities is an issue that requires further consideration and consultation.